Home Girl Talk Asian hatred: how it reminds me that I am different from you

What exactly is #asianhate like? Personally, most of it comes from Facebook and people I know and have interacted with in person in the past, not from random comments from strangers. Passive statements, which encompass everything.

While these comments don’t directly attack me, when I read these statements I can’t help but feel this awkward inner feeling. I am ‘of China‘. Do you think COVID is my fault? Dr. Seuss drew me in a terrible way. Do you see it when you look at me?

And from a small unintentional post, I remember being different from you.

And that you don’t really like people like me. And how can you like a country and people who have brought you COVID. But COVID actually comes from bats. But there are no bat jokes. No bat flu. However, there is Kung Flu. And sometimes, it seems like COVID is just an excuse. An exit. Like when you secretly say the word N singing a rap song in the car thinking no one is listening to you. Now you can release your xenophobia because everyone thinks it’s okay. Because hello, it’s COVID.

I even acknowledge that COVID was irresponsible mismanagement by many world leaders together. The United States should have closed its borders and its flights and China should have done the same. But I’m not making American shit puns, am I? But regardless of who is to blame …

The Asians received the blow. Literally.

Wait, they were hit. And then they were massacred. For a child “having a bad day.”

#AsianHate is telling your own children they are not Americans. Yes. We had this talk. They asked why not. And I said because we are Chinese. And then they asked well if we weren’t born in the US, and of course I said yes. Then they asked, then why are we not Americans? And I had to tell them because you look Chinese, they will never see you as an American. Then they asked if they were Canadians. And I said no. That too. Can you ever imagine an immigrant family of any other non-Asian race telling this to their children?

#AsianHate also happens among us. And certainly we are not only victims of racism, but we also perpetuate it. There is a hierarchy of Asians. There are definitely prejudices about skin color among Asians. There are acceptable races we can marry and others forbidden, feelings often rooted in memories that our grandparents cannot erase from the wars they survived. But that’s really almost 100 years ago now, but imagine that in less time, the Japanese bombed Pear Harbor and the Americans bombed Hiroshima. Those atrocities cannot be easily forgotten or forgiven and it is understandable that this animosity is passed on to future generations. I was told never to trust the Japanese because their soldiers stabbed the children with their swords. And I’m sure he saw it first hand.

The hatred that opens up is deeply ingrained.

Distrust, fear of the other. Asian war tactics, Kamikaze bombers: their way of honor is very different from the Western struggle. I am not justifying hatred. It just comes from a deep-rooted history of war between our many countries and, let’s face it, the Germans were just as horrible, but it’s easier to spot an Asian than a Nazi, right?

The subtleties of #AsianHate are insidious. It is presented in the form of a rock in a sock attack on a local teacher in our Chinatown, which is technically not a hate crime. As if the kid who fucks your mouth in class hasn’t said it. Technically. #AsianHate is not blatant. He’s a co-worker who bothers you about how they let too many Chinese into the country (ummm … what do you think ?!) It’s your son who comes home and says we can’t buy toys made in China because his Dad’s friend says it’s cheap (and please don’t say it’s true because your damn iPhone and everything else is essentially done there). They are friends who post videos and pages dedicated to bad Asian drivers in one breath, then one Asian arts festival in another (ummm what?) They send memes or racist jokes from your own family, it feels weird and then they silence you when you speak. against (#heyboomer)

#AsianHate stops when we stop.

Stop hiding in the shadows. We stop perpetuating our own stereotypes. Speak up, even when we have been culturally rooted not to do so. It is preventing the narration of hatred and anger from going straight to our face. In our daily lives and real interactions. And it’s okay to ask questions, open conversations.

Our children are the Alpha Generation. I say they are an amazing generation. They grew up in COVID, they grew up in a REVOLUTION where #BLM and #StopAsianHate are suddenly coming to the fore. It is our opportunity to correct the generations of evil that have accumulated as far as we are today. Obviously, the recent violence against our women and the elderly is horrible and a real POS is needed to get closer to the most vulnerable in our society. I am not underestimating this narrative. To give! Support! Be our ally.

Do not confuse hands with weak ones.

We can and must end #AsianHate in all its forms. Because it starts at home. In our small circles. With what we teach our children. It is not enough not to be stupid. We need them (and us) to talk when someone is becoming a racist idiot. Even if it’s someone you know and love.

This post was written by Joyce Poon, founder of Noir Lash Lounge.

Do you want to overcome your breakup?

Get the Breakup Guide workbook The Renew Breakup Guide will guide you step-by-step through the whole process of curing lovelessness. For just $ 9, the guide is full of tools, exercises, and worksheets to help you repair your heart and move forward. Grab it now. 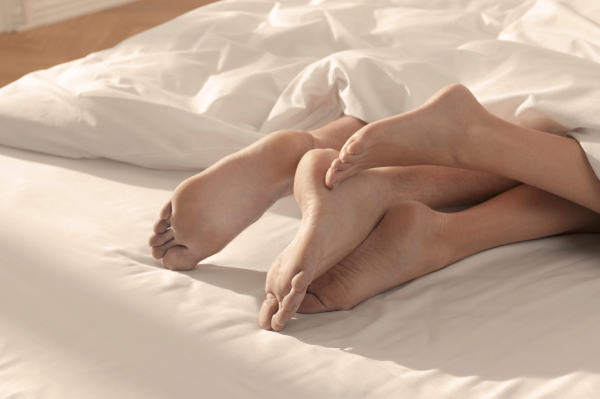